To recap where we’ve come from and why this blog series exists - a brief history review and my own thoughts on why NFTs matter:

The Industrial Revolution enabled an increased scale in human organization that facilitated specialization and coordination. Groups of people were brought together in production processes, leading to the rise of commerce and infrastructure types previously hard to imagine. A process ongoing for the last several hundred years, it can be fairly argued that we’re now experiencing a new phase of Industrial Revolution, one that will shape the World in ways we do not yet fully understand.

Essential for establishing Identity and authority, NFTs look to be the most likely candidate for spurring increased scale in human organization and bringing together groups of people in the production process. In the space where blockchain meets NFTs we should begin to see new kinds of stores, new habits of time, new work processes, new forms of communication, new kinds of commerce, new ideologies, new forms of play and leisure, new communities. NFTs are the latest versions of the Industrial Revolution’s essentials - technology plus organization.

But what does NFT utility and adoption look like in five years? Ten years? Does NFT utility even matter? Who are the winners in the end? We’ve entered a creativity-based culture, so let’s talk to the creators!

With so many unknowns in this new phase of Industrial Revolution, I’ve taken it upon myself to dig into the minds and projects of important NFT creators and crypto artists. My first goal in doing so is to better clarify to new and potential collectors what the NFT market looks like right now in order to set a benchmark for future comparisons. Next, in dedicating each blog post in this series to a single artist, I’m hoping to bring eyeballs and engagement to the artist interviewed.

These are the interviews in the series so far:

The Brand & Business of Reuben Wu

Today I’m interviewing multidisciplinary artist Reuben Wu, an innovator in the NFT space who uses technology and the concepts of time and space in telling stories about the world we inhabit. Aiming to “challenge perceptions by showing the familiar in an unfamiliar light, giving new meaning to old subject matter,” Reuben isn’t only a photographer - he is a complete artist and each of his pieces is at the same time a performance, an installation, a sound creation, an original lighting and a hybrid architecture. A master of visual language with his own recognizable style and artistic voice whose photographs are “spaces in transition”, Reuben’s work can be seen in the permanent collections of the Guggenheim, The Met, and the MoMA.

According to Professor Jun, the talented Reuben Wu, “brings out the unknown, the uncanny in the heart of the most familiar and confronts the immaterial geometry of luminous forms with the solid, rocky, fluid, icy concreteness of a deserted world. In a work of great technical and formal mastery, Reuben creates not so much pictures as light sculptures that turn postcard landscapes into metaphysical enigmas. He captures the tipping point: when the pallor of dusk melts into night, when the first light of dawn opens up a spectrum of increasingly warm colors in the sky…“

Well said! Now let’s get to that Q&A.

Why do you think NFTs + photography work well together?

NFT Photography is a medium within another medium. It’s not just photography sold as an NFT. It is a world where the medium is hybridized with the surrounding technology and culture to become something entirely unique to itself. Artists and collectors can enjoy a direct link of communication without a middle man, which has been the case for the more traditional gallery model. This introduces a new energy in the space where artist, collector, and builder roles are more blurred, and can even inspire collaborations - artists and genres that were previously isolated from each other can now create shared experiences and art.

Web3 and NFTs represent a new world that needs to be explored, a place to connect with a completely different subset of art collector that didn't really exist before, and to be part of a close knit community of artists that isn't limited by genre. What used to be photographers or small groups working in isolation, is now a large tight knit community of artists unbounded by the traditional medium of photography, and intersected with digital art, generative art, music, AR, VR, video and animation.

Innovation is one of the pillars of this space in my opinion, bridging NFTs and photography. Blockchain, web3 technology and NFT culture give artists the chance to break old rules and foment new ideas which push the boundaries of the photographic medium.

What’s your most significant photography achievement?

My significant achievements include having my image of Stonehenge on the cover of August’s National Geographic Magazine, having my images pre-installed on hundreds of millions of personal devices all around the world, building a successful photography career from a hobby (once I stopped being a full time musician), and being able to push the boundaries of my medium in the web3 space.

How do you determine what kind of collection to offer - Editions vs. Standalones vs. Collections?

I’m mostly a 1/1 artist, but I do produce editions occasionally. Collections are less in my wheelhouse because they are technically 1/1s, but priced lower. Thinking and talking about the price of art fills me with anxiety - my whole motivation for creating art is to exist in a place where I can be free of that type of anxiety. I don’t like to think about floor prices so focus on 1/1s, and right now my 1/1s usually sell at 25-33 eth.

Why does your art have value?

Why do collectors value my work at  25+eth? This is not an easy POV as it’s hard for an artist to objectively parse the value of their work. I would say, however, that I was the first to do what I do, to implement the idea of drone lighting in a way that is meaningful and impactful to people. Using technology in a way that subverts conventional ideas of how it is meant to be used is a very interesting story that stands out in a saturated space.

NFT photography is a medium inside another medium. A different set of rules exist. The animated pieces I create never really fit into my career pre-NFTs because they expanded so much beyond the medium of photography, but this ethos was perfect for NFTs. The artworks also speak to my story as a multidisciplinary artist that includes timelapse/video, sound, and my 10 year career in music. It’s rare for an artist to create (at a professional level) in two disciplines. Most of the time it requires collaboration. For me, being able to work in multiple disciplines feels uncompromising and powerful, and I think this results in nuanced differences which are discernible in the work that I make.

My art has value because I have value. My art has value in web3 because it has value everywhere else. I've been commissioned by the biggest and most respected brands in the world to make their imagery (Apple, NatGeo), to appear in global ad campaigns to exemplify innovation, and creativity (Asus), and I'm an ambassador for the finest professional camera system in the world (Phase One). One of these days I won’t be around to speak for my art. I hope by that time, it can speak for itself.

What are some key actions you took in establishing your career?

I’ve always been an outsider in photography. Too fine art to be commercial, too commercial to be fine art, too “digital art” to even be photography. The past 12 months have transformed that and I’m proud and exhilarated to be a digital artist, unbounded by medium.

It has always been hugely important to me to exist on a bigger playing field, to aim beyond the confines of my bubble and think like a small fish in a big pond. To that end, networking has been essential in establishing my photography career. I had many friends around the world from my time in Ladytron, which certainly helped. I reached out to those in the photo industry outside of my bubble of influence, such as gallerists, curators, editors, publishers and photography directors. I also decided to post and share only the type of work I wanted to get commissioned for, and be consistent in that.

I was already quite well established as a photographer before entering NFTs. When NFTs came to my awareness, it was imperative that I explore the new space - so much of my ethos is about embracing change, and exploring new zones, and this was a new world I simply had to venture into.

I decided to jump into NFTs after I found an unread invitation from SuperRare in my junk inbox from Dec 2020... I guess they really wanted me on their platform without me even applying, which was saying a lot for a photographic artist. Despite this, I minted my first NFT in March 2021 on Foundation which sold for 30eth, and then minted my next on Superrare and then switched between the two because it was fun and because I could. My first Nifty Gateway drop was in April which sold out in minutes.

In the very beginning, I never actually created new work for my first NFTs. I had already made them without even knowing what NFTs were. They were short looping animations of my drone-light work, hybrid art pieces that combined my skills in music, photography and video work. Up until that point, they added no real value to my practice other than stacking likes and comments on Instagram. But they felt new and no one else was doing them, or even had the skills to do them, I did them out of love. They fit the NFT space perfectly, and quickly became my signature work, and I was able to establish myself from the very outset as one of the leading photographic artists in the NFT space.

What do you wish people were talking about more in this space?

I wish there were more critiques of art that delved more deeply into an artist's larger body of work. Art critics in the web3 space are few and far between, and I can only think of @ProfessorJun_ as an example of someone who does them well and in an impartial manner. We as artists are learning to write about our own work, but it is something else to see our work written about from a standpoint outside the creator's perspective. It gives form to concepts which were previously nebulous that we were maybe subconsciously tackling.

I’d like to close with all the important DYOR links I could find on Reuben as well as some of my favorite pieces from his portfolio of work. 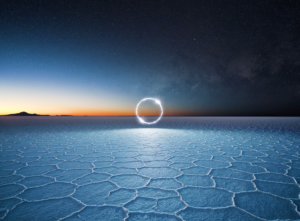 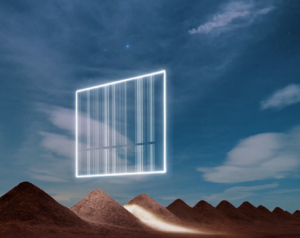 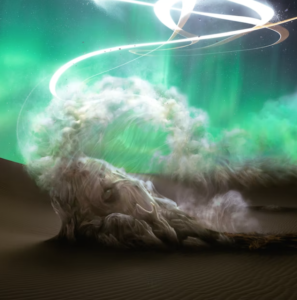